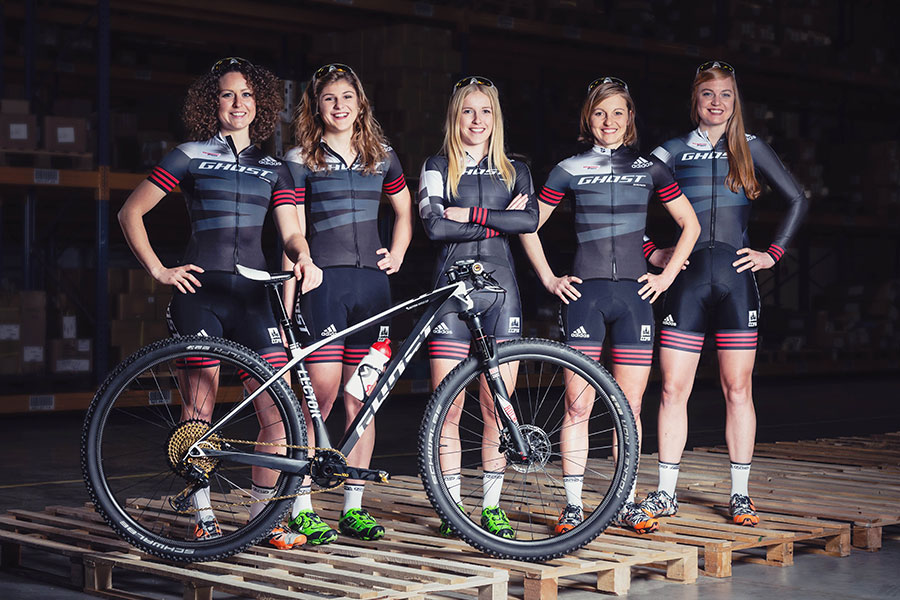 Looking back, this year proved to be full of athletic ups and downs for the girls’ team from Waldsassen. Anne Terpstra’s XCE Silver Medal at the European Championships in Sweden most certainly belongs among the outstanding success stories. Our athletes also won National Champion jerseys in both the Netherlands and Austria. The emotional highlight of the season definitely was Anne Terpstra’s Olympic qualifying process, and the way it all worked out in the end. Nevertheless, the team did not meet its own expectations and therefore has adopted new perspectives for future seasons: “The sport of Cross Country will continue to play a major role for our planning purposes and the GHOST Factory Racing Team will continue to represent our company in that space. We at GHOST have given this a lot of thought during the season and ran through various scenarios for the future. The team is based on the same concept and the same values we at GHOST stand for. We are known for our excellent team spirit and great atmosphere among us. These are the values we want to carry forward and transfer. We promoted young talents to give them a goal and perspective and we developed together in order to achieve success. Now, we want to venture into a new beginning with young talents and guide them, step by step, to the world elite and replicate our past success”, says Joost van Schaik, Senior Sales and Marketing Manager with GHOST.

Malene Degn, one of the biggest young talents internationally, will join the more experienced athletes and round out the World Cup division of the team. The girl from Denmark was able to celebrate many major achievements in the past already, among them the European Champion title and several Junior World Cup victories. In her first two U23 years, she finished in the TOP5 in both World Championships, thus proving her talent on a continuous basis. After several years of being responsible for organizing everything on her own and the added stress of graduating from school, the likable athlete was enthusiastic about her new working environment and her team mates from the very beginning: “The first experience I had with an athlete from this team was years ago: I was a junior and did not know my way around the venue, and that’s when Alexandra showed me where to find everything and even went with me to my doping test. That’s how I met Alex, and my impression of the entire team is the same. I am really looking forward to next year and beyond. I can learn a lot from their experience and with the entire team supporting me, I am confident that I can move up to another level athletically. For the first time, I don’t have to take care of everything myself. The equipment is outstanding in every way and I have an extremely positive feeling.” It was obvious that the team felt the same way and during the first team meeting in Waldsassen, Tom Wickles shared his enthusiasm: “ Up to this point, Malene organized and took care of a lot on her own, you can tell immediately. She knows exactly what she needs and is extremely appreciative that this load has been taken off her shoulders. We are positive that this will have a beneficial effect on her athletic performance and that she has a tremendous international career ahead of her. Malene already dreams of Tokyo today and we want to help her to make this dream come true.”

The other addition to the team is Lisa Pasteiner, Junior World Champion runner-up. The ambitious girl from Lower Austria just finished up the most successful season of her career. The runner-up World Champion title shows her potential and gained a lot of international interest. She also already won one UCI Junior Series competition and regularly claimed podium space in other races. But it was not only her current successful performances that secured her a spot on the team: “We are convinced that with Lisa, we committed an athlete with great potential for the future. We met last year during the World Championship weekend, and Lisa instantly wowed us. It was not only the current shortterm athletic success, but more importantly, the potential we can see in her. Her incredibly positive and likable manner did the rest. In the upcoming season, Lisa will have the opportunity to slowly get accustomed to the team, without pressure and without the stress of traveling that comes with a World Cup schedule, but with great support from Austria as well. She will have the opportunity to slowly develop further and will know what to expect in her first U23 year”, says team manager Tom Wickles. Lisa was obviously impressed during her first visit of the company’s site: “I have to admit, I was definitely a little nervous to meet the other girls as my teammates. But in the end, it was really easy and I felt at home immediately. GHOST had already started to support me since about mid-season on, and now I was able to take the next step into the GHOST Factory Racing Team, which is really insane. It will be awesome to travel with the other girls, even though I won’t be able to do it every weekend yet next year, but I am thrilled to be given this chance!”

Just as last year, the season will kick off on the sunny island of Cyprus. Afterwards, the team will compete in several competitions and World Cup events, as well as numerous races in their respective home countries and the rest of Europe.” 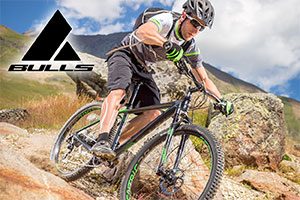 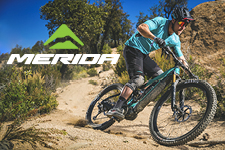